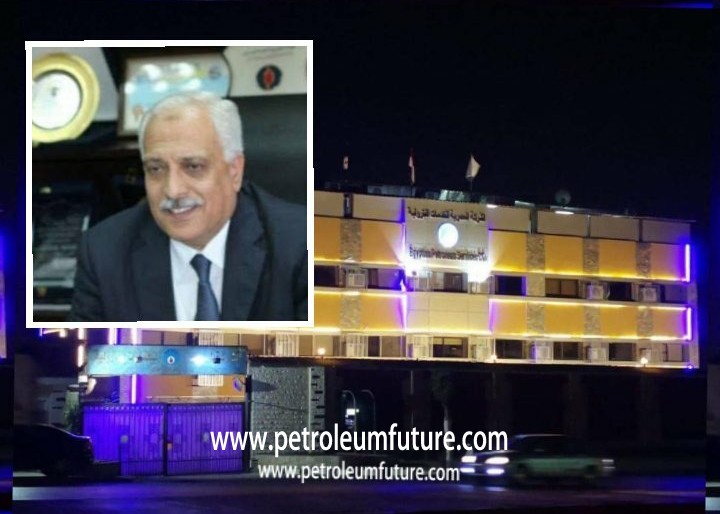 It is not new for the man to bear the money borne by the time of the revolution to put a new date for himself and the company that he heads and not new for a man who fought the Muslim Brotherhood and suppress the demonstrations Egas to write a history of light.

Perhaps some do not know the battles fought and exposed to the accountant Mohamed Mustafa, Chairman of the company Epsco, who is responsible for the administrative affairs of the Petroleum Authority and those who approached the engineer Hani Dahi know very well those days that did not come to Shams and lived by Mohammed Mustafa.

Perhaps a man who has been subjected to all these pressures for years in places where the whole sector companies remain to be the modern sector of its achievements that no one has provided.

For those who do not know ,,, is the accountant Mohamed Mustafa President of the company Epsco born in 1960 in administrative affairs after graduating from the Faculty of Commerce, Ain Shams University in 1983 and joining to perform military service.

In November 2009, he was transferred to the position of Assistant Executive Vice President of the Petroleum Authority for Administrative Affairs to continue for some time and it was a difficult period because it came after the January revolution, which brought with strikes and sit-ins.

In 2013, he was transferred to the position of assistant chairman of the Holding Company for Natural Gas (EGAS) for administrative affairs to remain a year that was one of the most difficult years for the petroleum sector, and he personally, especially as he came from successors that ignited the crisis in EGAS.

In May 2014, he was appointed by the former Minister of Petroleum, Sherif Ismail, to take over the presidency of EPPCO and to write for this company on the ground and not just a name that carries with him the problems, quarrels and headaches that covered the heads of all the leaders of the sector morning and evening.

The arrival of Mohamed Mostafa Fatiha Khair Ali Ibsco was not only in the field of expanding its scope of work but in the discovery of new leaders in all areas leaders able to sail the ship at any time and to change the course for a company of 22 thousand employees this path remained skewed until he came.

Perhaps Mohamed Mustafa found when Epsco took only contracts of nutrition and supply of labor and this made him work with the leaders of the company and headed by the accountant / Tarek Al-Badri, assistant to the President of the company's administrative affairs to activate the activities remained locked in the drawers, although they were included in the activity and became Epsco working in nutrition and transport of oil The company has become a first class in this business as it works in the development of transport fleet and car rental for companies and development of services. The ministry has assigned all domestic and foreign flights and on the way to obtain a tourist services license as well as expanded in the trade of electrical appliances and excelled in providing government e-services to the sector companies and workers and referrals to retire.Egyptco, owned by APSCO to be the first technical works of a company did not enter this field of Before .

In order not to ignore the facts on which Mohamed Mustafa himself is based, the presence of Mr. Ibrahim Khattab, Undersecretary for Administrative Affairs in the Board of Directors helped a lot to accomplish the work and even achieved a boom in the APSCO has not been seen before and even facilitated the completion of many files, as well as the presence of the President of the General Union of Petroleum Workers Mohamed Gibran The creation of a link and ways to negotiate with the company's employees comes second after Petrojet in the number of employees.

Mohammed Mustafa person characterized by literature and savvy together cooperates with everyone for the public interest and is a good negotiator and without his ingenuity and indeed he is so who has been following his history since 2011 and so far see how Mohamed Mustafa resolved a knot and a knot, but God finally succeeded his efforts and here is the company snaps four certificates ISO in one go despite its existence for years and soon more achievements.