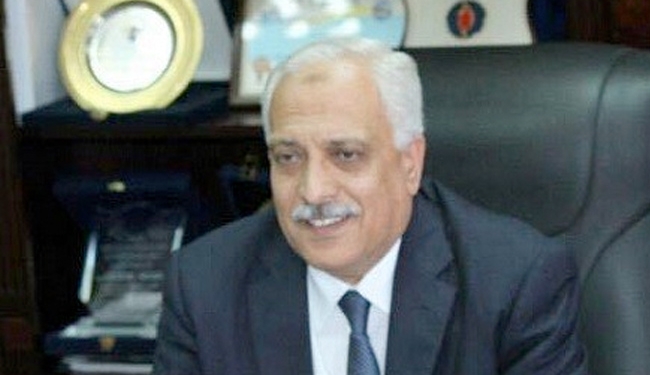 In just a few years, EPSCO has been transformed from a mere constrained entity of more than 17,000 engineers, technicians and administrators to a company with qualified and trained human resources capable of competing with major international companies specialized in all technical and service fields.
And increased day by day experience to move around the world of engineering arts and technical work in oil companies to work in the fields, installations and construction…. To work in the areas of service, logistics, tourism, aviation, maintenance, subsistence, supply of living necessities, supply of construction supplies, transportation of crude oil, oil girl and waste, rental of equipment and cranes, and implementation of pest and rodent control works, within 76 companies in the petroleum sector.

Fast and harmonious steps were based on the human element, which turned thanks to God first and then leaders possess modern management methods and the support of Engineer Tariq al-Mulla, Minister of Petroleum and Mineral Resources, who removed, according to the accountant Mohamed Mustafa Chairman of the company in front of them all the obstacles and get the trust of international quality institutions .
Training and qualification of all elements before their distribution to carry out their tasks within the contracted companies was the first step .. Then follow-up and evaluation has culminated in the company to obtain 5 ISO certificates in just two years.

Brilliant administrative leaders
In addition, to conduct field visits through the donor to all sites of the company and the result of conformity is positive, as confirms Eng.
The employees of the company praise the role played by Moataz Dewi, the director general of the regions affairs in solving the problems of workers in the sites, in addition to the role played by Ahmed Zaki, director general of human resources in the promotions and the implementation of the management plan to achieve the satisfaction of employees to the maximum degree.
With these steps, APSCO has the foundation, which is to build a qualified and trained human element and then international certificates in all areas of its work to achieve the results after which the most important of the petroleum sector companies rushed to contract with APSCO to provide their needs of trained manpower and logistics, which prompted the leaders of APSCO in the horizontal expansion after Vertical rise and enter into new and modern activities, including the transfer of labor to and from fields in oil production companies gas… and tourism by organizing travel operations and facilitating the sector companies and then moved to work in the activity of external and internal tourism .. Rh and leisure tourism, services other than the extraction of official papers, a new and modern service was not recognized by the sector companies

Battalion Epsco and Maestro
Through a book led by the accountant Mohamed Mustafa, who managed the administrative system of the General Petroleum Authority as a former vice president of the Authority for administrative affairs before he took over the leadership of APSCO and assistants possessing the spirit of creativity and development, including accountant Tarek Al-Badri assistant to the President of the company's administrative affairs Activities Marwan Abdel Sattar, Haytham Ibrahim, General Manager of Missions and Dr. Dalia Abdel Azim, General Manager of Quality Assurance, whose role in qualifying the company to obtain ISO certificates cannot be ignored.

The Medical Department, which is headed by Dr. Dina Al-Dafrawi, Director General of Medical Affairs, has been able to implement the vision of the company's leadership by completing the task of preparing a family treatment list for workers after retirement age, which deepens the affiliation of workers to the petroleum sector.
The role of the engineering department of Mohamed Ali, in addition to the departments of commercial services, marketing, tourism services, security, civil defense, movement and transport, and social, cultural and sports activity cannot be ignored.
List the details of those departments come to the role played by the management of the company and its leadership in the rehabilitation, planning, organization and implementation, which turned the company's departments into an integrated team and harmonious and from merely service departments to production departments, achieving resources and revenues each in his field, which raised the turnover The company reached 2 billion pounds and achieved profits rising annually under the leadership of accountant Mohamed Mostafa until it reached last year 55 million pounds and is expected to reach this year to 100 million pounds.
Not only did APSCO begin to spawn new entities, the first of which is EGYPTCO, which carries out specialized work in the field of drilling fluid technology, cement and well activation, and has technologies to solve the problems caused by the injection of some gases.
Hence, good governance is the basis on which giant entities can be built.